Next time you pop a piece of chocolate in your mouth, think about the how this edible gem came to be in your (and millions of other) grateful hands.

Next to football, the British love chocolate – and they show it by consuming 7.6 kg of it per person per year. London, city of innovation, lived up to its reputation when it became the birthplace of the chocolate bar in 1847. The English were also responsible for creating the first clubs for chocolate enthusiasts.

Meanwhile, 94% of their French neighbours consume chocolate, with 70% of them eating it at least once a week. In fact, a third of the race are such chocoholics that they eat chocolate every day. The first French chocolate factory opened in Paris in 1800 and the French have been indulging their passion for chocolate ever since.

The Belgians have a thing for chocolate that is dense in texture, rich with cream and butter. To show their love, they consume 8.4 kg of chocolate per year per capita. It is to the Belgians that we owe the invention of the praline in 1912 and the box of chocolates in 1915.

Although they discovered chocolate rather late, the Swiss quickly made up for it by becoming the leading chocolate consumers in Europe and gaining a world-wide reputation for producing quality milk chocolate. Today, they have an annual per capita consumption of 9.4 kg. We can be grateful to them for great innovations in hazelnut chocolate, milk chocolate and melting chocolate.

It may come as no surprise that the Italians, who are Europe’s greatest fans of bitter chocolate, consider chocolate a potent aphrodisiac and enjoy a very sensual relationship with it. Perhaps it has something to do with the fact that the famous seducer, Casanova, preferred chocolate to Champagne when it came to having his way with the ladies. No wonder he called it the ‘elixir of love’.

Every second Americans collectively eat about 46 kilograms of chocolate. As you read these words, there goes another 46… and another!

Fortunately for us South Africans, we don’t have to travel the world in search of fine quality chocolate. We have Beyers Chocolates right here on our doorstep, producing tons and tons of exceptional chocolate in just about every flavour and form. As Kees Beyers, Master Chocolatier, says “Little did Cortez know in 1524 when he presented the Spanish King with cacao beans from Mexico, that four centuries later his gift continues to delight people all over the world. And will no doubt continue to do so for as long as humans inhabit the planet. ”

Fitting words indeed to capture the enduring and irresistible magic of chocolate. 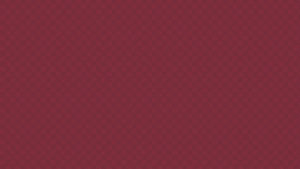 Directions to our Factory

Get Social With Us